Dungeons & Dragons can lead you to rest

What gives you joy during the day? Better yet, what would you do with free time and life energy? Because believe it or not, that can lead you to rest. 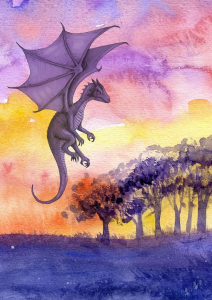 My client Chad hated going to bedtime. He’d rather do his favorite the nerdy things – puzzles, reading, video games, even work – than waste his time with sleep. Add to that his periodic nightmares (best guess that was from sleep apnea), going to bed wasn’t filled with joy and anticipation.

He knew he should sleep, and the “blah-blah-blah good reasons.” But didn’t want to deal with it directly. He just wanted sleep to *POOF!* magically overtake him.

Sometimes he could sleep after exhausting himself. Other times, especially in cycles of lighter sleep, he’d lay there and think. He liked thinking, being amusing and clever, despite his frustration that sleep wouldn’t work its magic.

And the next day? He just felt like ballast on a slow moving ship. He was way too wasted to have amusing and clever thoughts.

He knew his life was falling apart without rest and sleep, which was why he started working with me. But we’d have to find a way around his bedtime resistance to create inroads to rest. 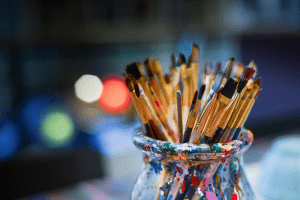 Does what you do in your free time affect your ability to rest? At the first session with my insomnia clients, I ask about hobbies.

That’s because whether you like to run, see movies, play video games, knit, sing in a chorus – they all let me know how life works when it’s going well for you.

When we work together, I customize techniques that suit your learning style, engaging you in the pathways to rest. Rules and shoulds don’t get you very far, if they don’t speak your language of life.

Near the end of Chad’s recount of his spare-time pleasures, he sheepishly admitted he was a new fan of Dungeons and Dragons (D&D) – a fantasy role-playing game set in an imaginary world based loosely on medieval myth.

He wasn’t as interested in the wins or the game, Chad liked creating the characters – like Fenmore, a runt giant folk hero with the halflings.

He spent hours imagining these characters’ friends, enemies, skills, challenges, strengths, and quirks. But he never thought about how they spent their nights. 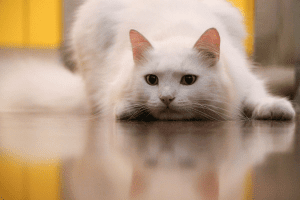 At the next session, Chad and I investigated the first pathway to rest: his relationship to sleep, rest, and the night. He mentioned again how he dreaded bedtime, he just wanted to fall off the cliff of deep sleep.

I asked him how he rested. “Catching up with the Economist, doing some chores, or playing with the cat.”

“Is this before bed?” I asked.

“Oh right, you want to know how I rest at night? I just read until I’m exhausted…. I don’t know how to rest.”

I knew he could learn, it’s an innate part of being human. “How does Fenmore rest?” I asked.

Chad’s face lit up. “Ohhhh, imagining D&D characters when I can’t sleep! That would be much better.”

I mentioned that D&D at night was not just the usual mind-stimulating stories. Instead, the focus was on how they rested, and what resonated for him for his own rest. He might explore things like:

Chad immediately described how Fenmore would stretch as far as he could in a bed that barely fit his 7½ foot height, how he had confidence in his skills so nothing was a problem.

But for Chad himself to learn to rest, I suggested he check out one of his characters who wasn’t so impressive in managing the land of D&D.

Chad left with a smile on his face, and came back to the next session that way as well.

We returned to D&D in later sessions, talking about his environment, mind, and emotions. The images of imaginary friends resting helped him let go a bit more, and feel rest in his body… often leading to sleep as well. 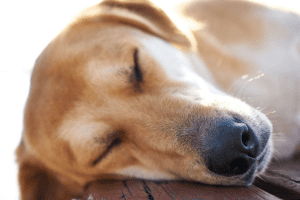 Chad didn’t think at first he could like rest, but he found his way.

I believe we all have the resources to care for ourselves much better. And sometimes they are right under our noses.

You can use your learning style to help you rest:

If you’re kinesthetic or body-based:

Try it tonight, and let me know how it went!

P.S. If you’re not able to move into rest, no matter how hard you try, we can find some avenues you may not have yet considered. A free assessment of your nights, with a 30-minute conversation, can help you see if working with me will help you rest at night.

This site uses Akismet to reduce spam. Learn how your comment data is processed.